James Worthy on Lakers after blowout loss vs. Nuggets: “I just didn’t see a team that showed up tonight” 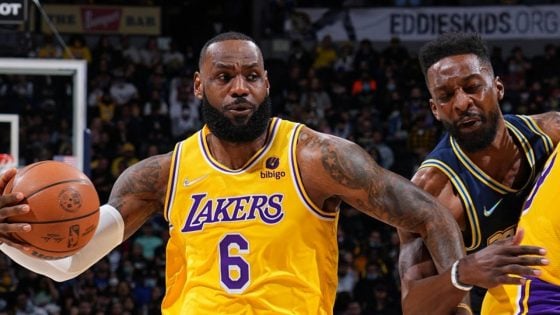 The Los Angeles Lakers once again find themselves on a three-game losing streak after collapsing against the Denver Nuggets (96-133). Seven players finished the game with double-digit scoring for Denver while only three players reached that level for Los Angeles.

According to Lakers legend James Worthy, the purple and gold did not show up in this game and did not make the effort that was needed.

“I saw a team that just hasn’t been able to gather any momentum at all,” Worthy said on Spectrum SportsNet. “A little bit against the teams that they are supposed to beat. In the Denver game tonight I just didn’t see a team that showed up tonight.

“For Denver to be able to do what they did shoot the high percentages from both the field and three-point. I look at guy like Jeff Green who averages like 10 points per game he had what 26. And then Hyland was the other guy, I think averaged like 8 points. Everyone got what they wanted.

“We can talk about stats and style of play. For me they just got to decide what they want to do as far as just playing effort is concerned effort, effort, effort. These were like effort plays. Denver’s good, Jokic is good.

“I just didn’t see a team that showed up to play a tough game, a hard game in the effort department. They have to do some soul searching with this type of game.”

The post James Worthy on Lakers after blowout loss vs. Nuggets: “I just didn’t see a team that showed up tonight” appeared first on TalkBasket.net.

Jordan Ott is a candidate to join...